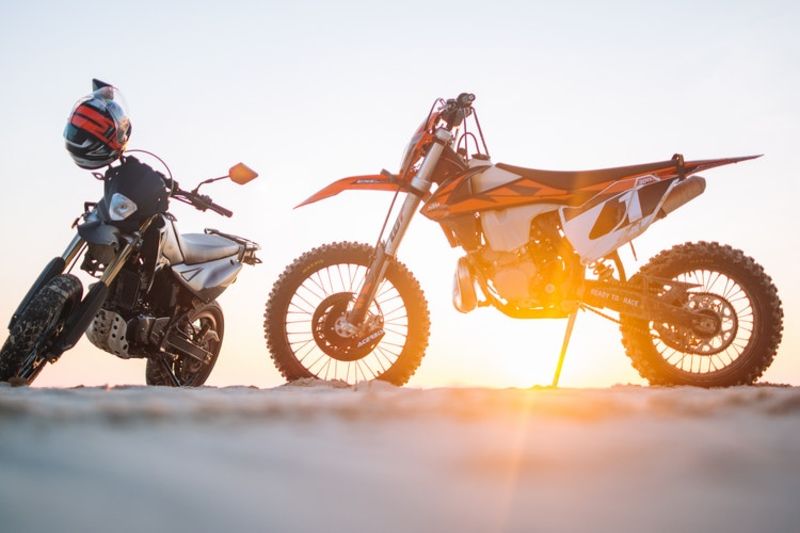 Technically your motorcycle can run without a battery but this depends on the make and model Like a lot of motorcycle related topics though, this question has a lot of answers!

The big question is, will your motorcycle run without a battery? It sounds like a no-brainer doesn’t it? But just like any baggage handler will tell you, it’s not an open and shut case! Whether your bike will function is dependent on a number of factors, so read on to find out more.

If you’re having problems with your battery, and it won’t charge or keeps dying, sometimes it’s best to just get a new battery.

If you were asking me this in the heady days of post WW11 euphoria, when the future, although tough, seemed bright, then the answer would be yes. However, you’re not, and with motorcycle technology being what it is, this is one question where one size does not quite fit all.

Before we unpack these answers, we are going to take a look at the rundown of the menu:

So let’s dig a bit deeper. Although our quick answer says yes, it depends entirely on what type, and more specifically, the age of motorcycle you own.

Up until the early 1950’s, a lot of bikes still sported magnetos for their method of generating electricity. The magneto did without the need for a battery, creating a good belt of current to the spark plugs. You can, however, only run a very rudimentary lighting system. At tick-over you’ll be lucky if you illuminate the inside of your headlight shell.

As motorcycle design evolved, the electrical system became more advanced, and the triumvirate of alternator, rectifier, and battery, became the norm. So can we ditch the battery on an alternator set-up? Yes, we can, but only for a particular number of reasons.

Think back to 1969, or preferably, enter ‘first Honda 750‘ in your search engine. This bike was important for a whole host of reasons. As far as we’re concerned though, it was the first mass-produced motorcycle to feature an electric start.

It’s important to note, that for another decade after its launch most bike manufacturers still fitted both kick and an electric starter. It is the retention of the kick-start that marks the defining line between being able to run your bike without a battery or not.

To fog the answer still further, even if you don’t have a kick starter you can get the engine running by bump-starting. Before this turns into a free-for-all though, let’s get back to basics and clear up a few things.

On an electric start only bike, the battery is needed to start the engine. After that, it is the alternator that takes over and provides the power. Therefore, it’s possible to start the bike via a bump-start.

The electrical system, such as lights, horn, etc., will only work when the revs are high enough. Slow down or tick-over and they’ll dim to nothing. Some motorcycles will also be able to run, but have no lights at all as a battery (whether dead or not) is needed to complete the circuit for the electrical system.

This method is advisable only as a last resort. One of the battery’s more important jobs is to handle the massive charge punched out by the alternator at high revs. Without it, you can fry your electrics.

The Spark of Life

Now, back to the kick-start option. Deploying the kick-starter rotates the engine and along with everything else, turns the alternator. This method creates sufficient power to light up the spark plugs, which in turn ignites the fuel/air mixture.

If the wiring on your bike doesn’t feed off the battery, for example, as with a mid-seventies Triumph Bonneville, you can start and ride your bike, no problem. This method is possible because this particular model has capacitors.

A capacitor facilitates running without a battery and in earlier models, was even offered as an optional extra for production racing.

Talking of capacitors, these form the primary part of battery eliminator kits, which are very popular with custom builders and old school minimalists.

Some customizers prefer an ultra clean look, and for those that go rigid, the added vibration can play havoc with a conventional lead-acid battery.

In these circumstances, a large capacitor can replace the battery. The capacitor is a way of storing just enough voltage to let you start your battery-less bike and also helps to reduce the dreaded light flicker on tick-over. You will, however, need a kick-starter and either a magneto, generator or permanently magnetized alternator.

Race to the Finish

As all racers know, weight is the enemy. With a battery tipping the scales at anything up to 10lbs, together with the relative electronic components pushing this further, being able to run without them is advantageous.

This slimming down can be done comparatively easily because you’re not running all the road-legal stuff like lights, horn or have a load of battery draining entertainment on board. This method goes doubly so for vintage bikes too, due to the simplicity of the electrical system.

For those more serious about losing weight, it is even possible to dump the alternator altogether. This diet regimen can account for up to 4lbs from losing the stator alone. In some cases, it’s also possible to leave out the alternator casing.

Remove the rotor and not only do you save weight, but you’re removing mass from the crankshaft, which means it can rotate faster for less effort.

This method goes by the name of the total loss ignition system. It does rely on needing a battery, but the size and weight of the battery can be drastically reduced (as in a Lithium battery).

The ‘total loss’ element comes from the ignition spark being reliant on the power from the battery only. With no alternator topping it up, the battery can only produce a finite amount of power.

Back to the Future

Ask the question, can you run a modern motorcycle without a battery, and the answer is most definitely, no. So why the sudden turn-around?

To clarify, a ‘modern bike’ is generally a bike that has switched to electronic fuel injection to comply with emission laws. Add to this the number of electronic components, sensors, and computers you require to start the bike, and the need for a fully-charged power source is essential from the outset.

Although once running, the motorcycle will be fitted with a charging system more than capable of generating enough juice for the job, without a battery, play time’s over.

To make sense of our article and to summarize the answer, will a motorcycle run without a battery? It depends entirely on the type and age of your bike. For older/vintage bikes and for those building a custom, it is possible as long as you have a kick-starter. If you’re running something more modern, your bike is too reliant on that initial power source, unless of course, you’re racing it, in which case it’s open house. Simple? Of course it is.