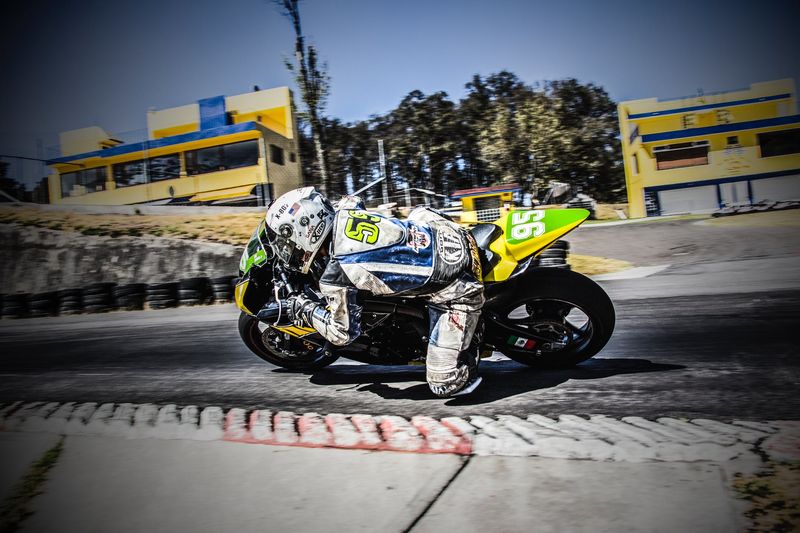 Originally we had the Sidi Vertigo 1 motorcycle boot. That’s been around since 2009! It’s been a classic to any track rider without a doubt. I consider it to be a form of intense sport riding full height boot which really stretches beyond the entry-level of the track. Sidi has taken a leap and brought out the all new Sidi Vertigo 2 Motorcycle boot, read on for our in-depth review as go over some of the difference and what sets this boot a foot ahead of the pack.

Thoughts on the Sidi Vertigo 2

The Vertigo-2 Boot shares the same familiar features as its’ predecessor with a whole of technological advancements and tweaks to fit the weekend warrior and knee dragger alike.

The Sidi Vertigo One is a stand alone set of boots and what we know about the vertigo one essentially hasn’t changed the cost and now they’ve kind of taken that leap forward made some refinements and upgrades that allow it to feel more like 2019 which are highly popular at the time of writing.

Now from a cost perspective in 2009 we saw $250 to $275 for the original vertigo one – now the Vertigo 2 comes in around the $300 mark so you’re really looking at an incremental cost increase of $20 and getting a bunch of improvements.

Considering the cost to add these improvements as well as looking at how the cost of materials has increased over a decade – we actually see a greater rate of improvement than the increase in cost in this boot.

So beyond that just doing what they’ve done and moving forward they could have kept the same older version, increase the price and I would have been fine with it.

The fact that we’ve now moved into a new vertigo – that gets reflective, it get’s a more streamlined approach to the rigidity and this vertebrae system that gives you protection along the Achilles and along the ankle. It’s now CE rated – again some refinements and restyling.

I’m a huge fan of that leap forward and remember hardcore sport riding but you can absolutely take you to the track and we sometimes talk about track related products saying – yeah they’re entry-level do a track day or two in them if you start doing more track days upgrade your gear – this is one of those products that if you own it you can do a lot of track days in it. Although this would not be a pair of boots I would recommend for supermoto. Check out the supermoto boots reviews.

The fact that Sidi, one of their philosophies is you see a lot of exposed screws and small parts what that means is that as you start to potentially wear through things depending on how you ride and how you put wear on your gear, you can actually replace these. This is a common feature that you find across the Sidi boots range including the best Sidi boots for enduro.

So you use that base chassis over time and then you kind of just keep it updated, keep it fresh and replace the consumables as you go. I’ve had no issues on the sizing either. Sidi is a European company and they’ve been making boots out of northern Italy for a really long time for the American market with a slightly wider foot, which I find to be just perfect.

The Vertigo-2 Boot shares the same familiar features as its’ predecessor with a whole of technological advancements and tweaks to fit the weekend warrior and knee dragger alike.

Diving into the boot itself, Let’s work our way from the sole up. It is a sport style sole you’re gonna see that flexible enough to give you great tactile response when your toe is on the foot peg but ultimately it’s more aggressive more sport it’s not an everyday riding boot.

You do still have the vent along the side that’s gonna produce ventilation even for the non vented or non perforated version streamline the front styling here you can see it’s still a DuPont polymer coated shift panel, dual recessed stitching done in TPU to give you wear protection and the whole upper of the boot is really going to be microfiber.

It’s synthetic leather and they do that for weight savings and a basically a pristine uniformity through the boot when you have natural or full grain leather you’re going to have different issues with that leather or different imperfections based on the animal it came from when using microfiber everything is uniform and pristine so it’s actually stronger and more consistent.

Working our way up now you see some of the changes you can see that the bellows are different – it’s just a slightly different layout to the previous version.

Working our way to the side you have this updated vertebrae system that’s now reinforced with carbon. You still have screws for replace-ability. If I had to compare this in category to something like the Alpinestars SMX 6 I’m gonna see the SMX 6 protection scheme connect the ankle joint down into the boot, that’s something it doesn’t do. The other thing in reference to that SMX 6 which would probably be it’s closest competitor is gonna be this micro metric ratchet.

On the previous version it was a different version of the ratchet that’s alongside the back of the boot. On the new Vertigo 2 version it’s now on the lateral side of the boot. Moving up towards the top you can see that they’ve refined the shape of your TPU, that’s gonna cover you at the front of the shin.

When we look at the back it’s slightly more streamlined, it’s lighter weight and you still have Achilles protection. They’ve also added a pop of reflective coating, but beyond that, it just looks cooler, it’s now lighter weight, it’s lower profile.

One of the things that Sidi did 5-10 years ago with some of these boots is they made them almost over engineered you sometimes would see big plastic hard parts that just became beefy and what we saw at the highest level of performance products for the track for your feet is really a streamlining, getting the boot and keeping it protected but getting it out of the way so you get more of a tactile inflection point or a tactile response point from the bike you’re getting more surface area so again you have more feel.

The new Vertigo 2 is lighter weight and it’s going to be more comfortable, less heavy, so less fatigue on your feet as well. You’ll also notice the instep here on the medial side, has changed. You still have the expansion panel, it’s still a medial side zipper and ultimately you do have a different shaped slider up towards the pop-up area towards the top on the medial side. You get a very similar style sole.

The other thing now is that this boot is fully CE2 rated and that covers four different tests for different categories. So again Alpinestars were the first one we saw bring a CE level 2 boot to the market now we’re seeing other competitors out of Italy do the same thing. It’s becoming par for the course but it’s great that the safety standards beyond just helmets are improving – beyond just armor are improving now we have a safety standard at a level two for just motorcycle boots and this boot the new vertigo 2 is going to carry that.

Now we if we open up the Vertigo 2 boot by pulling down the medial side zipper, you can it’s been reinforced and it’s protected still that soft mesh liner all the way down which is going to be wicking, it’s gonna pull sweat away from your foot and help it get to the outside of the boot and evaporate out of the boot itself. Ultimately if we do see an air version which I’m sure we will – it would be full perforated.

There’s not a whole lot I don’t like about what they’ve done and ultimately I look at this boot and I think it probably could have increased the price by 50 or 60 dollars and got away with it if they needed to.

One of the smart things Sidi said was basically that there’s been a material increase in cost, it’s been a decade, It’s still a product that is for the hardcore sport rider that’s a bit of a gateway drug to get somebody onto the track keep them protected keep it comfortable but also look pretty cool doing it. I applaud the fact that they kept the price as low as possible and they ultimately took a big leap forward in boot protection.