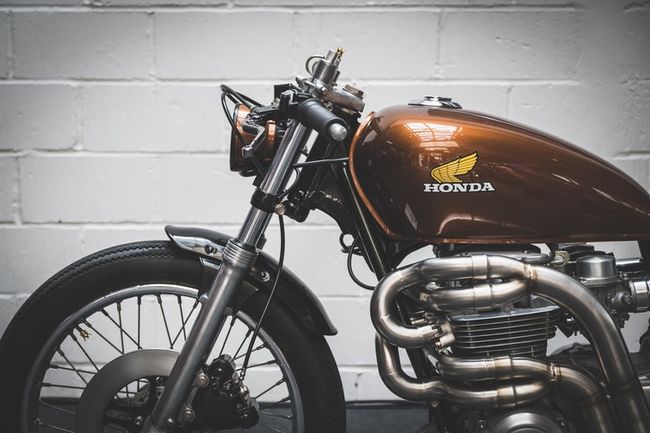 Navigation Show
So Why Does Your Battery Keep Dying?
Serve and Protect
Don’t Take it for Granted
How Low Can You Go
Wear is the Problem
In Conclusion

So Why Does Your Battery Keep Dying?

Your battery has a finite amount of stored power, and if it doesn’t get replenished, it quickly becomes nothing more than a glorified paperweight.

Some of you are lucky enough to have a motorbike that doesn’t need a battery. For the rest of us, is there anything worse than the party-pooping ‘click’ when a battery fails to excite your starter motor? Put enough miles under your wheels and one day you’ll know exactly how it feels.

Batteries aren’t that prone to committing random acts of hari-kari though. The new generation of batteries are solid pieces of kit with proven stability and are generally sealed and maintenance-free.

So let’s look at what’s going on behind the scenes to turn your bike into a two-wheeled vampire and sucking the life out of your power pack?

So let’s dive straight into the nitty-gritty of the matter. These days, when you a top rated motorcycle battery, the chances are it will arrive already sealed, carrying a full charge and ready to rock. Now the battery is imbued with many superpowers, but what it isn’t, is a miracle worker.

This diminutive power supply has three main jobs; to store energy, release that energy on demand, and lastly, to act as a bouncer, showing unwanted power spikes the door. I used to think that it was the job of the battery to pretty much run the whole bike with the alternator purely there to top it back-up when needed.

What happens though is that the alternator, which in modern bikes generates AC current and can kick out more than 70 watts, is feeding the bike’s power demands. The battery is a secondary operation to this.

However, if you’re stuck in traffic for instance, listening to your fave tunes while the satnav is recalculating your route, then the alternator at tick-over speed just can’t cope. This point is precisely when the battery kicks back in to keep the good times rolling.

The third part of the equation, which I mentioned earlier, is its role as a protector of the electrical system. At full belt, an alternator is designed to kick out far more power than your bike needs, and when on occasion that power outage spikes, it can fry the electrics.

The battery, therefore, throws itself in front of the spike preventing an inevitable meltdown. Now with all this in mind, we can reverse engineer this equation to analyze why the battery keeps on dying.

Let’s throw a proverbial spanner in the works. The reason for your limp battery may be something else entirely, and the most common reasons for a persistently dying battery are as follows:

The chain of command for your electrical supply and storage system looks like this. The alternator (consisting of a rotor and stator producing AC current), the rectifier (which converts the AC to DC, the regulator (which governs the maximum amount of charge passed on to the battery) and finally, the battery.

If your battery feels plenty perky but the day after a ride is as feeble as your great grandpa’s handshake, it can be tricky as to where to point the finger. The best thing to do in this case is to use a process of illumination. The first thing is to throw the spotlight on the battery and give it the third degree.

Don’t Take it for Granted

How old is the battery? Is it showing any signs of wear as in cracks or lack of acid? Check the connectors too, a loose one can prevent the charge from taking hold. Also, bear in mind that even a brand new battery can malfunction, so don’t count it out of the equation just because it’s new.

So, to start the process your battery needs to be holding a full charge, you can check this with a multimeter, which is a smallish rectangular box with an analog or digital readout. This instrument measures electrical current and voltage amongst other things and even the most basic will give you the info you need.

The multimeter comes with negative and positive leads, and these attach to the corresponding battery leads. Do this test with the ignition off, and the meter switched to DC to see what charge the battery is holding. If your 12v battery reads 12 volts on the meter, that’s good, right?

Wrong, that means it’s almost too low to breathe life back into, so put the battery on a slow trickle charge and try again. Ideally, a resting battery that’s in good useable condition should read above 12.4 volts, if it comes in between 12.6 to 12.8, then its considered to be ready to rock.

This step is crucial as it establishes a baseline, in other words, if the battery is good you can work your way down the list. Next, we’re going to see what kind of charge is reaching the battery, if any.

To test this, fire up your bike and clip-on the multimeter leads at tick over speed. A decent charging system should show around 13.5 volts DC. Now, with the engine warmed-up nail the throttle and keep it around 3000 rpm, you should see a rise in volts to around 14.5.

Don’t worry if the reading is not identical, a plus or minus reading of around 0.2 volts is perfectly acceptable. Next, try blipping the throttle; this should see the readout peak at approximately 14.8 volts.

How Low Can You Go

Similar readouts to those above mean that everything from the alternator onward is doing its job. If you get no reading or significantly lower, then you will need to check the output of the alternator followed by the rectifier and regulator. (Note, most modern bikes combine both of these components in one unit).

Now to item three on our list, the parasitic draw which has nothing to do with artistic tapeworm, and everything to do with voltage sapping from the battery. Simply put, all of the electrical components on your bike, including the lights, horn, radar detector, starter and all the other assorted paraphernalia you have wired up, draw legitimate energy from the battery.

A parasitic draw is, therefore, a discharge of power that occurs when the ignition is switched off. This very common phenomenon used to happen a lot in the bad old days when it was possible to leave your lights on. Modern electrical circuitry has thankfully pretty much sorted this problem.

Wear is the Problem

It is, however, linked to number four on the list; damaged wiring. In certain areas of our bike, like under or around the seat, at the steering head or close to an exhaust system, wiring can rub or melt. When this happens and the exposed wiring contacts with the frame, power can be leached away from the battery leaving it flatter than a pancake.

Checking your wiring harness for breaks can be a pain in the butt, but if you have to do it, do it methodically and start with the most obvious areas like those mentioned.

Don’t forget, even those components on your bike such as a digital clock and especially an alarm system, will suck the marrow out of your battery. So don’t leave it parked up for any length of time without a battery tender wired to it whenever possible. Speaking from personal experience, I can say that Harley-Davidson alarms and immobilizers are particularly fond of leaving you clicking. For that reason I’ve picked out some of the top Harley batteries in this guide.

When your motorcycle battery keeps dying, in the majority of cases the above checks will reveal the problem. But even if they don’t, these basic steps still have to be ticked off the list. Electrical issues on your motorcycle can leave you pulling your hair out, so remember the four golden rules: