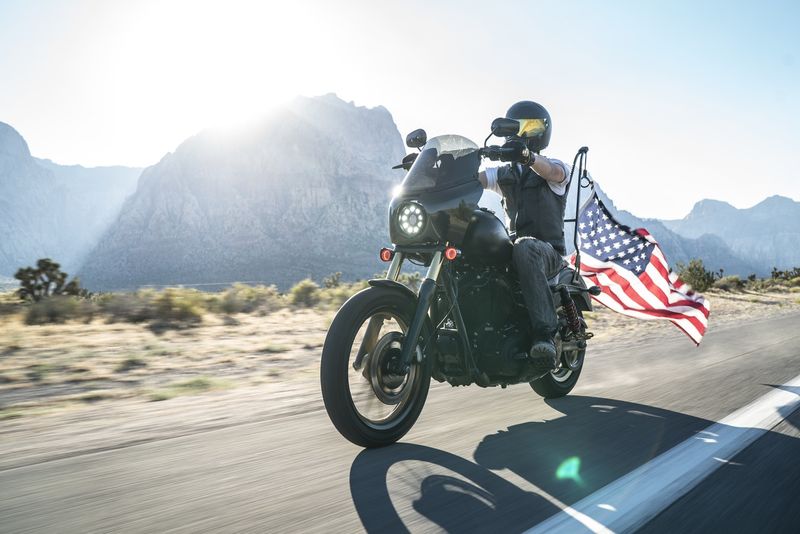 If you ride a motorcycle, it’s very likely that you’ve taken it out for a ride and found yourself going waaaay above the speed limit at some point. You twist the throttle and get lost riding down an empty highway or along a curvy mountain road.

Then one day you’re too late seeing that highway patrolman. You look down at your speedometer and your heart sinks. I know that feeling way to well, which is why I’ve put in some effort to help us both identify the best motorcycle radar detector.

So, what to do? You can vow to slow down, but speeding isn’t always intentional. Sometimes you’re just not paying as close attention to your speed as you are to the ride itself. That’s exactly why I mounted a motorcycle radar detector on my bike this weekend – and if you don’t trust me, give this a read.

Everybody knows I’m a gear head who loves my gadgets like motorcycle GPS trackers, so it’s no surprise that when I decided I needed a motorcycle radar detector, I researched just about every one available. It was pretty easy to narrow down my search to what I believe are the top five detectors, offering the best features and receiving high marks in independent reviews.

While any of these detectors would likely serve your purpose, one stood out as a clear winner to me. The criteria I used to compare the detectors included which bands were covered, ability to screen out false alarms, type of indicator, user- and glove-friendly design, and type of mount.

A quick look at the top radar detectors for motorcycle riders.

This radar detector has to be the seen as the best detector specifically designed for motorcycle use. It is fully featured and will keep those pesky speeding tickets far away.

Stay ahead of the field with in-depth reviews of the best motorcycle radar detectors. This radar detector has to be the seen as the best detector specifically designed for motorcycle use. It is fully featured and will keep those pesky speeding tickets far away.

The TPX 2.0's big brother. This radar detector is designed specifically for motorcycles and thus can withstand the vibrations, shock and water that comes with riding a motorcycle.

Unlike the 2.0, this radar detector comes with a GPS and database which is updated monthly (for free). The oversized buttons make it easy to use, even with your gloves... It is fully featured and can detect all the radar and lidar bands effectively - Definitely the best radar detector for motorcycle use. It's small size also makes this a great hidden motorcycle radar detector. This is probably the best radar detector under $400 with impressive sensitivity to police radar, even in a K-band polluted environment.

This is an excellent mid-range unit with a lot of features for less than $400. Many reviewers consider this to be one of the quietest radar detectors out there because of its ability to accurately filter out false alerts. It has optional X, K, and Ka sensitivity reduction at low speeds and is fully customizable. This makes the Radenso XP one of the best radar detectors on the market.

There’s a beginner mode which allows you to get up and running quickly, but the expert mode allows you to unlock a huge array of options. And Radenso offers free lifetime database and firmware updates. While the Escort RedLine may not filter out all the bank alarm systems, home security signals, and garage door openers you might encounter in town, its ability to detect signals as far away as fourteen miles makes it the best detector out on the open road.

This is one of the most sensitive radar detectors on the market and provides the longest range for every signal out there. It includes full X, K, and Superwide radar capability and front and rear laser detection. The Safety Warning System is one of my favorite features, alerting users to highway maintenance and construction, weather hazards, and slow-moving vehicles.

The TotalShield RF Technology makes the RedLine all but invisible to radar detector detectors. This is the best overall performer of the five and does offer a headphone jack and 12V power cord.

The Escort Passport 9500IX is the best overall performer of the five radar detectors I selected and comes closest to a good fit for use on motorcycles of any of the detectors designed for cars. Although it doesn't come with a specific mount, these can be purchased, and this detector can be powered by your motorcycle, and includes a headphone jack.

It offers red light and speed camera detection as well as radar and LIDAR, and picks up POP bursts better than any of the other detectors here. Its best feature is the built-in GPS which works with an Autolearn function to identify and suppress false alerts. Sometimes, however, the Autolearn function gets a little carried away and treats real police radar as a false alert. The TPX 2.0 is the a radar detector designed specifically for motorcycle use. It is weatherproof and connects directly to your battery with heavy-duty weatherproof cables. The motorcycle-specific mounting system allows you to easily remove the TPX when you park your bike? The TPX radar detector has five top-mounted buttons which are easy to locate and press even when you’re wearing gloves, and the buttons are backlit, which improves nighttime operation. The LCD display is located on top of the unit and angled upward, making it easier for the rider to check alerts with a quick glance.

Types of Detectors and How They Work

Now that we covered the motorcycle radar detector reviews, let’s understand exactly how these devices work.

How Radar Guns Are Used

Let’s take a look at the different classes of radar guns:

Easiest to detect by a radar detector, as a constant signal is emitted like a calling card from the gun.

Challenging to detect, and only detectable if your detector picks up the radio signal being shot toward a vehicle near you. With Instant On, the officer waits until the last second to fire the gun toward a selected target, allowing no time to pick up the signal, so if you’re at the front of the line, you’re toast.

Similar to Instant On, but the officer turns the gun on and off quickly. Quick Trigger is difficult to detect in the same way that Instant On is, and again, if you’re at the front of the line? Well, see above.

Transmits a pulse of radio waves every 67 milliseconds making it almost impossible to detect; but, information derived from a POP burst is non-evident and cannot be used alone to issue a citation.

Easy to detect as far away as 2-4 miles.

Mounting a radar detector intended for a car to your bike can be a challenge as the most common option is a suction cup mount designed to be attached to a car’s windshield. Even if you wanted to attach something to your bike using a suction cup, it’s likely that the bike’s vibration would cause the eventual loss of suction in the cup and the loss of that nice little gadget that was attached. This is a particular watch out if you’re looking for a radar detector for motorcycle helmet. Make sure your mount is secure.

As mentioned above, mounting the radar detector can be a big problem if the detector of your choice isn’t really designed for a bike. But even if it isn’t easy, it wouldn’t require a engineering degree to build or DIY your own makeshift mount.

What might require a bit more knowledge and technical know-how, would be powering your radar detector. Radar detectors designed predominantly for cars can require a complex setup, whereas bike-specific radar detectors can plug directly into your 12V power supply which makes them much more suitable for your biking needs.

Both audible and visual alarms are available on each of the five units I’ve selected. Some detectors have alarms that tell you which band is being picked up, and indicate the general direction of the source with arrows. The best detectors will allow you to filter out false alerts either manually or, best-case, auto-magically.

Keep in mind that visual alarms may require you to take your eyes off the road in order to determine the type of alert and transmission location; and audible alarms may or may not be loud enough to hear over the rumbling of your speeding steed.

The best radar detector for motorcycles will have some means of transmitting a visual alert in your periphery, or an audible alert in your helmet. Some also come with a headphone jack so you can easily plug a set of standard earphones into the detector.

If you wear gloves while riding (ATGATT), you’re going to want large buttons on your detector. And regardless of what you wear, you’re going to want to be able to see the radar detector’s screen without having to contort your body unnecessarily. Ease of use also goes to whether the detector is pretty much plug-and-play, or you need a PhD to set it up. Some radar detectors would challenge even the greatest minds.

The best radar detector for motorcycles allow you to adjust the sensitivity. If you’re riding down the highway, you’re going to want to be alerted to pretty much any signal out there.

If you’re riding down the main strip in town though, you’re probably going to want to crank that sensitivity way down, since all kinds of signals are being transmitted from things like automatic door openers and proximity alarms on that car in the lane next to you.

Radar detectors range anywhere from less than $100 to well over $2000. All the units I’ve selected are between $250 and $600. One can argue that the cost of even the more expensive models is insignificant relative to the expense and hassle of multiple speeding tickets, associated court costs, and increased insurance rates.

When it comes to radar detectors for motorcycles, the options on the market can be overwhelming. When I did my research finding the most appropriate one for my hog, I found a number of important considerations regarding motorcycle specific considerations.

Before you head out to pick up your new toy and attach your radar detector on your motorcycle, consider these important points to think about.

Two of the five radar detectors fell off the list pretty quickly once I took a serious look at them and considered how they’d work on my motorcycle. The Adaptiv Technologies TPX models and the Escort Passport 9500IX were really the only two contenders for the title of best motorcycle radar detector.

While I was sorely tempted by the superior functionality of the Passport, I chose the TPX 3.0 because it has adequate functionality and is designed with motorcycles in mind. I’ve since had the detector set up and installed on my bike and was off on a ride in less than an hour, with a bit more peace of mind.