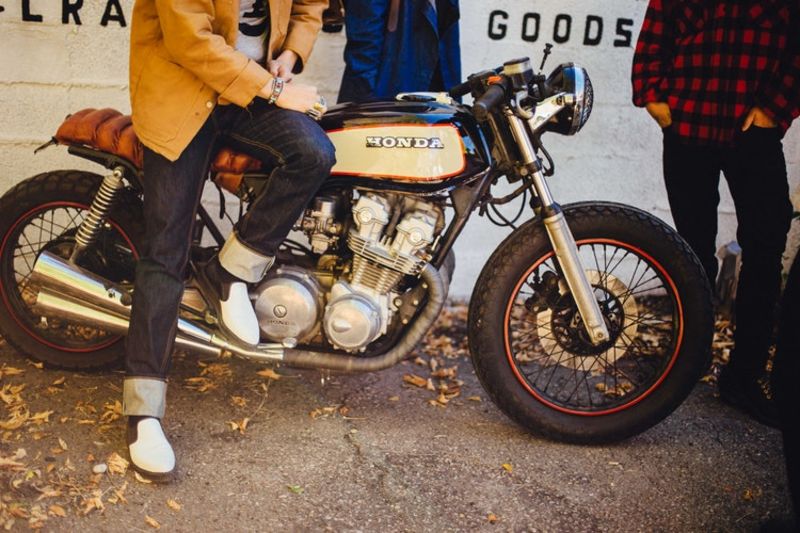 Navigation Show
When Do My Motorcycle Tires Need To Be Changed?
What Do I Need to Change a Tire
What’s A “Squared Off” Tire?
How Much Tread Groove Depth is Okay to Ride With?
How Many Years Do Tires Last?

When Do My Motorcycle Tires Need To Be Changed?

Every rider knows how dangerous it is to ride on tires that are worn out. How exactly can you tell, though, when tires are in need of replacement? Generally, the three most common indicators that it’s time to switch out your old tires for new ones are when they start “squaring off”, losing a large amount of tread groove depth, and when they get older.

What Do I Need to Change a Tire

Taking your bike in to the mechanic to have them change the tire can be quite expensive. On top of this, changing the tire yourself is not a difficult task and you’ll only need a few key tools to get the job done. Obviously you’re going to need a new tire.

What’s A “Squared Off” Tire?

Motorcycle tires are round, and in not just one but two ways. Like car tires, they’re round (circular) when seen from a side-on view, but unlike car tires, which are mostly flat when seen from the front or the rear of the vehicle, motorcycle tires are also round, in a convex fashion, when seen from the front or rear of the bike. This is to facilitate leaning the bike over when cornering and still maintaining a decent contact patch with the road, which wouldn’t be possible with a car tire.

Riders who do a lot of commuting on mostly straight roads are the most likely people to see their tires get squared off. Because they spend most of their saddle time with the bike upright as opposed to leaned over. The edges of their tires don’t make contact with the road as frequently as the center of the tire (the top of the convex curve).

The center gets worn out much faster than the rest of the tire – which, over time, starts wearing away the convex curve of the tire. This creates a flat center strip that grows broader and broader – and flatter, of course. Eventually making the motorcycle tire look more and more like car tire.

By the time a motorcycle tire has started to square off, you can bet that most of the tread grooves have disappeared. This can create a rather dangerous situation. Especially in wet weather. Those grooves are what allows the tire to maintain traction when the road surface is wet. This, of course, brings us to the next point: how much loss of tread groove depth is too much?

How Much Tread Groove Depth is Okay to Ride With?

Every country has slightly different rules regarding safe minimum tread groove depth, but you don’t really need to bury your nose in legal tomes to figure when your motorcycle tires no longer have sufficient tread groove depth for safe riding.

Before we get to that, let me just explain what these little grooves in your tires do. On pretty much every street tire you can buy, the whole point of the groove pattern is to shed and expel water effectively when you’re riding on a wet surface. This allows the non-grooved part of the tire to maintain traction.

This naturally differs between street and dirt bike tires. The shallower the grooves become, the less water they’re able to shed, until eventually the tire becomes unable to shed any water at all. In which case, if you lean your bike over on a wet street, even at a slight angle, you’ll probably go down pretty fast.

If you want to be really precise about your tread groove depth, and replace your tires exactly in line with your tire manufacturer’s recommendations (which is a pretty good idea), you can buy a tire wear indicator tool to check this.

If you don’t want to shell out for such an item, you can use a toothpick, a coin, anything that you can stick into the groove and mark with a marker at the depth level.

Take your marked toothpick/coin/whatever out, and measure the marked section on a ruler. Anything shallower than, generally speaking, 1/32 inch (1mm) is dangerous, and the tire needs to be replaced immediately. Especially if you do longer touring trips like some of the best Harley Road King tire replacements.

How Many Years Do Tires Last?

Even if your tires have plenty of tread groove depth and look like they’re in great shape. This doesn’t necessarily mean that they’re safe.

This is because tires have a shelf life, believe it or not. The chemicals in the rubber used to make motorcycle tires (and, specifically, give the rubber sufficient stickiness for good traction on the street) degrade over time. Regardless of how much use the tires get.

It even happens to tires sitting on the shelves of your local motorcycle store that have never been mounted. In this process of chemical degradation, known as “outgassing”, the rubber gradually becomes harder and more slick, losing its stickiness and thus its ability to grip the pavement.

So how long do you have before your tire passes its “use by” date, as such? Generally, with modern motorcycle tires, whether we’re talking sport, touring or cruising tires, you can expect them to last around five years from the date of manufacture. Before you start worrying about the fact that you have no idea when the tires on your bike were made, relax.

The tires, whatever the style or brand, actually have the date of manufacture stamped on them. Look on the sidewall of the tire for a rectangular box with four numbers in it – something like “0514”, for example. The first two digits are the week, the last two are the year – so 0514 would mean that the tire was made in the fifth week of 2014, so, in February 2014. Using this number, you’ll be able to calculate just how old your tires are, and when you thus need to replace them.

Your tires are like your motorcycle’s pair of shoes. So there you have it; three of the most common ways to tell when to replace motorcycle tires. Remember, your life may depend on the condition your tires are in, so take these tips to heart and don’t ever put off replacing a tire when it needs to be done.