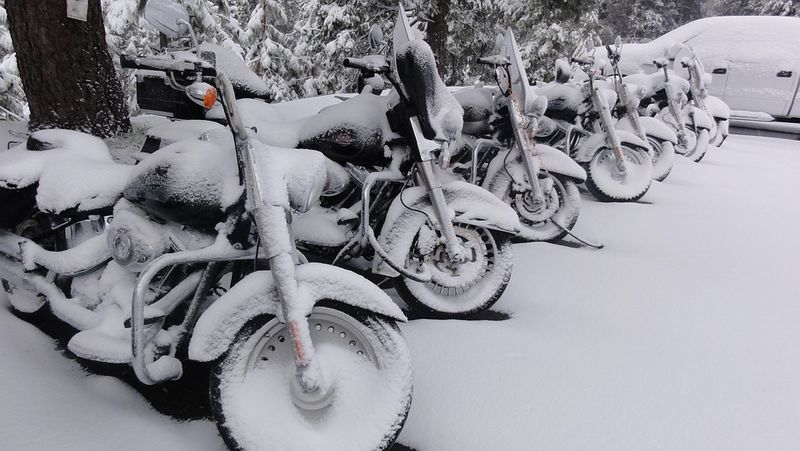 Wind chill is the lowering of temperature of an object, such as the body, caused by the passing of low temperature air. This effect makes the a cold day feel a lot colder when the wind is blowing, when you stick your head out the window of a moving car, or riding your bike at high speeds.

How to Calculate Wind Chill

To calculate the effective temperature due to windchill, we can use the following formula.

Let V be the wind speed relative to the object in mph and T be the temperature of the air in Fahrenheit measured by a thermometer, then:

This formula works for temperatures below 50 degrees Fahrenheit, and speeds above 3 mph.

All objects will naturally lose heat when in a cold environment via the process of convection. The rate of heat loss is dependent on the difference in temperature between the object and the air surrounding it. This happens because the warm object forms a layer of warm air around itself which will insulate the object, but also dissipate into the cold air.

When moving air (wind) is added to the situation, this layer of air is disrupted and replaced with cool air, causing the underlying object to cool down at a faster rate than normal.

This effect is commonplace in everyday life. Consider the feeling of riding your motorcycle or sticking your head out a moving car window on a cold day. The air outside feels a lot colder than what a stationary thermometer will record.

Also, think back to drinking a bowl of hot soup. If the soup is too hot to eat, it is common practice to blow on the soup – effectively blowing wind at the soup – to cool it down.

Even if we don’t know about wind chill, we are used to the idea and use it without realizing it.

During winter, it is important to stay warm and insulated when riding your bike. On a cold morning, with temperatures at freezing (32 degrees Fahrenheit), while taking a ride at 90 miles per hour, the effective temperature drops down to a chilling 10 degrees. Remember to pack your warmest jacket and heated gloves when taking a ride on a cold morning. Winter is coming, so keep warm!