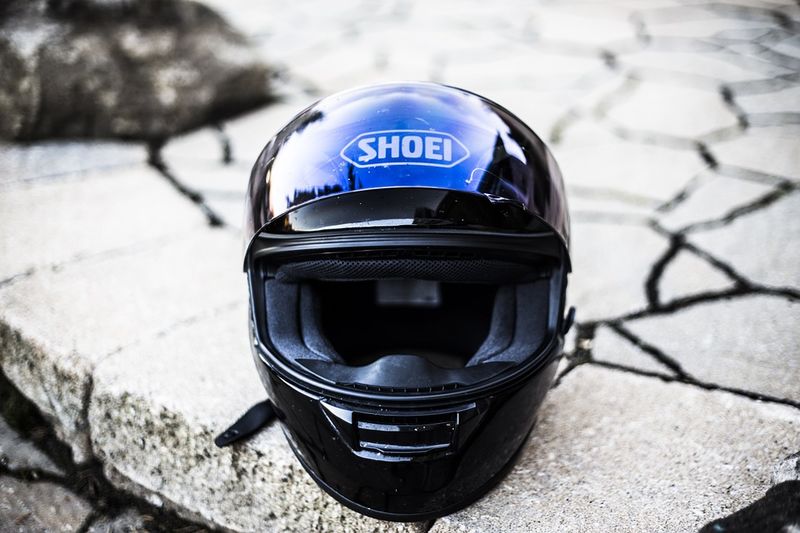 If you’re not the type to wear a motorcycle helmet, allow me to gently(but not too gently) slap you in the face with some motorcycle accident statistics that might change your mind. According to the National Highway Traffic Safety Administration (NHTSA), 5286 motorcyclists died on american roads in 2016. This number is up 30% from the same report filed 10 years earlier.

Numerous studies have shown that helmets can save the lives of riders, as well as preventing serious brain injuries. Despite this, only 19 states and the District of Columbia have laws mandating the use helmets while riding on the roads, and states continue to repeal helmet laws. Due to this, a study done by the National Occupant Protection Use Survey (NOPUS) found that helmet use had dropped from 71 percent from 58 percent nationally from the fall of 2000 the summer of 2002.

The shocking fact is that over 40 percent of motorcyclists who died in 2016 were not wearing a helmet, and it is estimated that 802 American lives could have been saved if these riders were wearing their helmets. Here are some more shocking facts about motorcycling accidents and how it relates to motorcycle helmet use, you can also read more about safest motorcycle helmet safety testing standards.

The facts presented below are pulled from a number of reports on automobile safety presented by the National Highway Traffic Safety Administration (NHTSA), Insurance Institute for Highway Safety (IIHS), Advocates for Highway and Auto Safety, as well as many others. See the bottom of the article for sources.

2. 41 % of fatally injured motorcycle drivers were not wearing helmets.

3. Helmets saved the lives of 1,859 motorcyclists.

4. If all motorcyclists had worn helmets, an additional 802 lives could have been saved.

8. the number of deaths on motorcycles Is nearly 29 times the number in cars.

11. On average, a motorcyclist has 2 seconds to complete all collision avoidance action.

12. 73% of the accident-involved motorcycle riders used no eye protection.

13. More than 95% of the Motorcycle accidents resulted in some kind of injury to the motorcycle rider.

15. Only 19 states and the District of Columbia mandate helmet use by all riders.

16. 27% of fatally injured motorcycle drivers were operating without a valid driver’s license.

17. 57% of the motorcycle fatalities occurred in urban areas, compared to 43% in rural areas.

18. 66% occurred on non-intersection locations, compared to 34% on intersections

21. 91% occurred on non-interstate roads, compared to 9 percent on interstates.

22. 55% of motorcycles involved in fatal crashes were collisions with vehicles in transport.

24. 23% of the motorcycles involved in fatal crashes collided with fixed objects

25. In 41 percent of crashes involving another vehicle(1,081), the other vehicles were turning left

29. 68% of the female motorcyclists who died in crashes in 2016 were passengers.

30. 59 % of fatally injured supersport bike riders were younger than 30.

31. 84% of fatal cruiser or standard motorcycle rider were 30 or older, 45% of which were not wearing helmets

When and Where Accidents Occur

34. 58% of motorcyclist deaths in 2016 occurred during May-September. Fatalities peaked in July and were lowest in January.

35. 48% percent of motorcyclist deaths occur on weekends and are more likely to occur after 6 p.m.

36. 62% of motorcyclist deaths in 2016 occurred on major roads other than interstates and freeways. Deaths were more likely to occur in urban than rural areas (55 percent vs. 41 percent)

37. Motorcycle riders involved in fatal crashes were found to have the highest percentage of alcohol-impaired drivers than any other vehicle types (25% for motorcycles, 21% for passenger cars, 20% for light trucks, and 2% for large trucks).

38. 37% of motorcycle riders who died in single vehicle crashes in 2016 were alcohol-impaired.

39. 26% of fatally injured motorcycle drivers had a blood alcohol concentration (BAC) at or above 0.08%.

40. In more than one third of fatal single-vehicle crashes, the rider had blood alcohol concentration (BAC) at or above 0.08%.

43. More than $3 billion in economic costs were saved by the use of motorcycle helmets.

44. Over $19 billion in comprehensive costs were saved by the use of motorcycle helmets.

45. If all motorcyclists had been wearing helmets in 2016, an additional $9.7 in costs could have been saved.

Somehow, despite all the above facts and motorcycle accident statistics, most states still don’t require all motorcyclists to wear their helmets at all times. A few even have no laws whatsoever regarding motorcycle helmet usage – Illinois, Iowa, New Hampshire, we are looking at you.

Even if you live in those states, don’t be one of the 15 people each day who die on on their bike. Wear your helmet. It is just common sense. The same goes for anyone rider a dirt bike. I’ve never ridden my dirt bike without a helmet and neither should you. I hope this has changed your mind and if all of a sudden you’re on the lookout for a motorcycle helmet, here’s some great guide’s to help you.