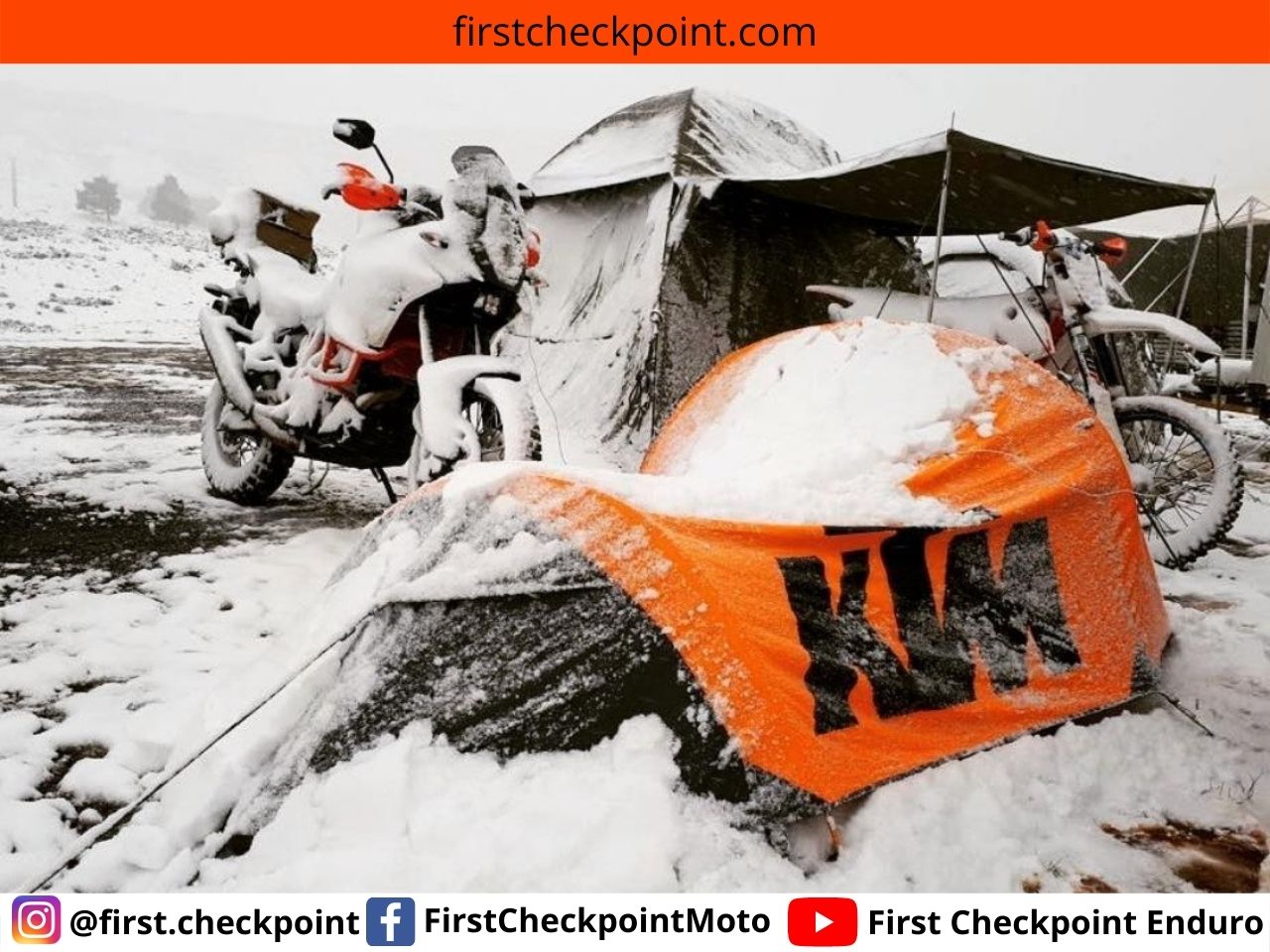 Kick starting a dirt bike in cold weather is the same process as starting a bike in normal or hot weather, although there are a few additional steps you can take to help the bike start up easier.

Firstly, the carb jetting should be set correctly. For cold weather, a dirt bike should run richer jetting. This is because the bike’s engine needs more fuel in the mixture to ignite and burn at an optimal level. Check out our guide to running a dirt bike rich vs lean.

How To Start a 2 Stroke In Cold Weather

Before starting the bike, make sure the jetting is set correctly. It should be running richer than normal. Lift the choke, give a small amount of throttle to allow the fuel to run and crank the kickstarter. If your two stroke dirt bike is set up correctly, this should be all you need to start a two stroke in cold weather.

How To Start a 4 Stroke In Cold Weather

If your 4 stroke has an accelerator pump you can richen the fuel mixture by giving the throttle a few twists. This will increase the amount of gas being pushed into the card making it easier for the engine to ignite and start up in cold weather conditions.

How To Warm Up A Dirt Bike In Cold Weather

It is vital that you follow the correct procedure to warm up your dirt bike before riding, both in hot and cold weather. While the process of warming up the engine is similar for both weather conditions, warming up a dirt bike (2 stroke or 4 stroke) in cold weather takes more time.

If you push your engine beyond its limits before warming it up, there’s a good chance that you will damage your bike’s engine. Revving a cold engine could cause an engine seizure, or more specifically, a “cold seizure”. As the piston begins to heat up and expand, it expands faster than the cylinder causing friction which will cause the piston to seize.

Check out our in depth guide on starting and warming up a dirt bike engine.

As the temperature drops and the air gets colder, the thickness or viscosity of oil begins to thicken. This means that the oil becomes “stickier” and moves slower, essentially reducing its ability to act as a lubricant for the moving engine parts. Riding with a thinner oil will make starting your dirt bike easier. For example, if you normally ride with a 10W-40 oil (I recommend this one), you could substitute this for a 5W-40 (I recommend this one) which will make starting much easier.

Firstly, it helps to prevent the engine from overheating as it has a much higher boiling point than water. Most engine coolants use ethylene glycol as the base. This alcohol based liquid has a boiling point of 124°C – 126°C (256°F – 260°F). Clearly this helps to increase the overall boiling point of the mixture when mixed with water.

I recommend this one as an antifreeze as it exceeds all standards set by both the American Society for Testing and Materials (AS) and Society of Automotive Engineers (SAE). Avoid coolants with added silicates. Silicates will destroy aluminum and magnesium parts found in dirt bike cooling systems.

When riding in cold weather it’s crucial that you have the correct jetting setup. Without the correct setup, your engine will struggle to start up and run at an optimal level – regardless of the weather and temperature. If your bike is running well with a highly responsive throttle in warm weather, it will run lean in cold weather and you should change the jetting to allow your bike to run a richer mixture.

Check Out Some Of Our Related Cold Weather Guides