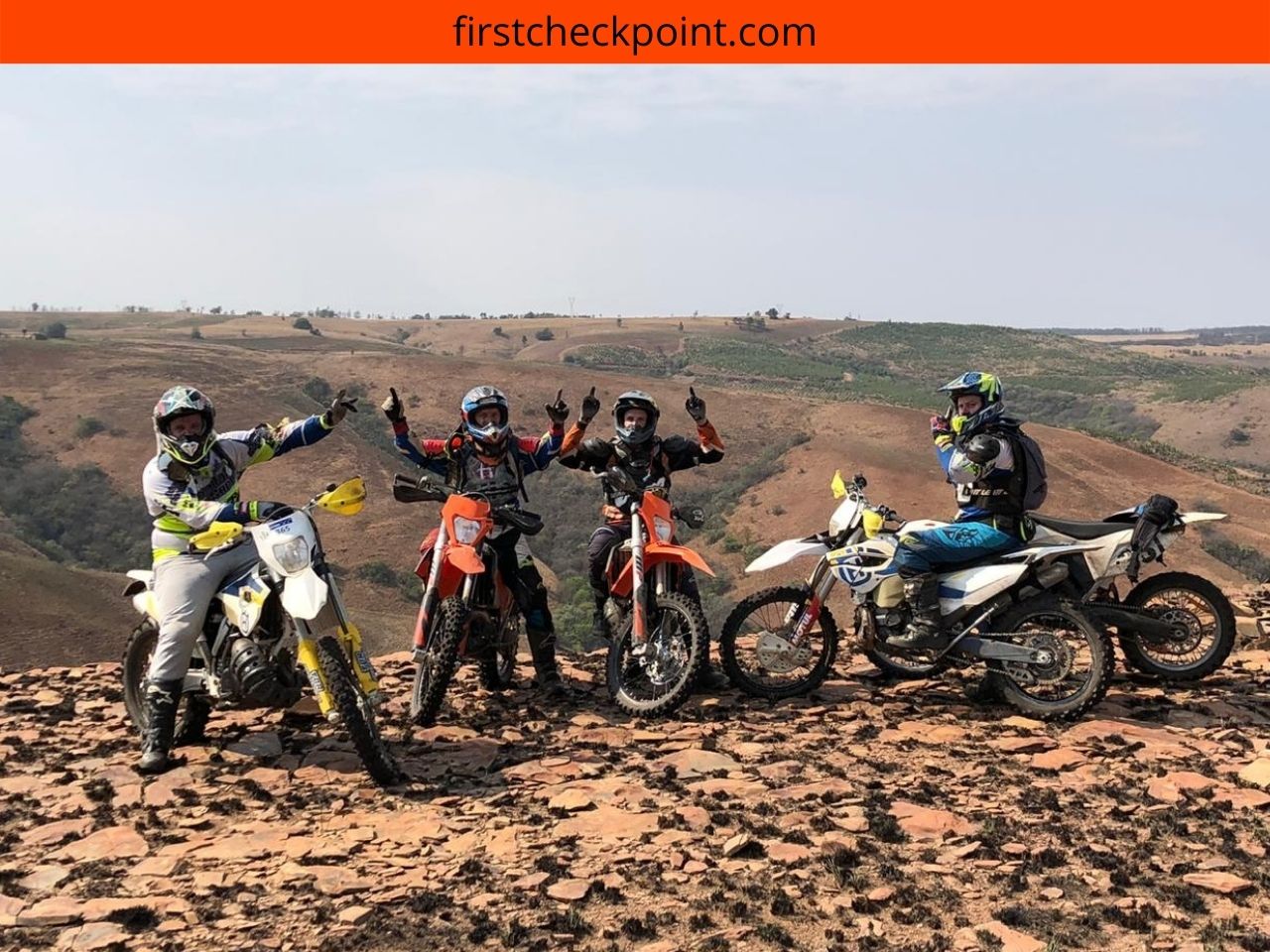 A dirt bike is defined as a lightweight motorcycle designed to be ridden on unpaved surfaces like sand, mud, grass, and rocks. Dirt bikes have a number of features of dirt bikes that make them different for road going motorcycles. Furthermore, dirt bikes can fall under 8 different types of off-road motorcycles.

The 8 Different Types of Dirt Bikes:

Motocross bikes are arguably one of the most popular forms of dirt bikes. They are often regarded as the highest performance dirt bike due to their powerful engines and advanced modifications. MX bikes are used for racing around dirt tracks that have built in obstacles like jumps, corners, and whoops. These are obstacles that can be hard on a bike. This is why MX bikes are often transformed from their standard version to fully equipped racing machines.

MX bikes come in various engine sizes and strokes. Typical motocross races are divided into classes defined by the engine size or “Cubic Centimeter” which is CC for short. Motocross bikes are categorized into four main classes.

Trail bikes are perhaps the most common type of dirt bike. Trail bikes are designed for medium to long distance riding on off road terrain. Trail bikes typically have smoother power output, larger gas tank and radiator, lower seat height and soft suspension. Trail bikes are often fitted with a headlight for riding in shadows or late afternoon light. Trail bikes are usually bought with a side stand as a stock component.

Trail bikes come in a wide range of sizes from 125cc all the up to 650cc. Some of the most popular trail bike sizes for adults are:

Trail bikes are often the first choice of dirt bike for beginner riders because they are easier to ride and much more forgiving than a motocross bike. Some of the most common trail bikes bought include:

We’ve written a detailed guide where we cover some of the best 4 stroke dirt bikes for trail riding. We touch on right 4 stroke trail bike for beginners and pros looking to ride all sorts of terrain.

Due to the number of dangerous obstacles, enduro dirt bike boots often have additional heel and toe protection.

Enduro dirt bikes typically cost more than a trail bike as they are equipped with much more technology and high performance parts. Although you can find budget-friendly trail bikes.

I’ve just checked the results of the 2021Abestone Hard Enduro to see what enduro dirt bikes the pros are riding. Notice they are all 300cc 2 Stroke dirt bikes.

A dual sport dirt bike is ideal for anyone looking for a two wheeled adventure without the intention of clearing a table top jump or climbing a mountain of rocs. Dual sport bikes offer a wide range of riding options but are limited when it comes to pushing the bike and rider to the edge of the comfort zone.

The name dual sport implies two parts. The dual nature comes in the form of being part off-road trail bike and part street legal dirt bike. This makes a dual sport dirt bike ideal for hopping on and off the beaten path and back onto paved roads. This is made possible thanks to the dual sport tires which are multifunctional – although not the best at either off roading or street racing. Dual sport riders often ride with a dual sport helmet or an adventure bike helmet.

Dual sport motorcycles are relatively easy to identify. They’re larger than most dirt bikes with ample space for packing luggage. Dual sport bikes are intended to be ridden over long distances like cross country touring. Some noticeable difference include

10 of the most popular dual sport motorcycles in 2021;

Check out these popular dual sport bikes for short riders.

Trials dirt bikes are the most unique looking dirt bikes in the list. This is a special class of dirt bike used to test a riders technical ability and skill – not speed. Riders pay careful attention to clutch and throttle control to tackle obstacles that would seem otherwise impossible on a different type of dirt bike. Some of the best enduro riders in the world have a complete technical background on a trials bike.

Trials dirt bikes are very different from other dirt bikes. Some key differences include;

Supermoto bikes are often raced on a track that comprises both dirt and tar. The dirt section often makes up about 30%-40% of the track and includes small jumps and tight turns. Most of the riding gear of supermoto bikes is the same as a dirt bike. There are specifically designed boots for supermoto, but a regular dirt bike helmet is often used.

Hill climb bikes are also very uniquely designed. Both in aesthetic and functionality. A Hill-climb dirt bike designed specifically for climbing insane uphills. The bike has been modified with an extended swing arm which makes it more difficult for the bike to wheelie and flip. This also has the effect of making the bike better at finding traction when riding up a hill. Hill climb bikes usually have much more power than a typical dirt bike which makes them more dangerous to ride. The hills are usually faced head on at high speeds.

Flat track bikes look like a hybrid between a motocross bike and a supermoto bike. A few key differences to look out for include;

Hopefully after reading this guide you’re able to identify the different types of dirt bikes. Purchasing your first dirt bike requires a lot of research. If you’re able to narrow down the type of dirt bike you’re looking for, your decision should be much easier. If you have any questions or thoughts, drop it in the comments below and I’ll get back to you.