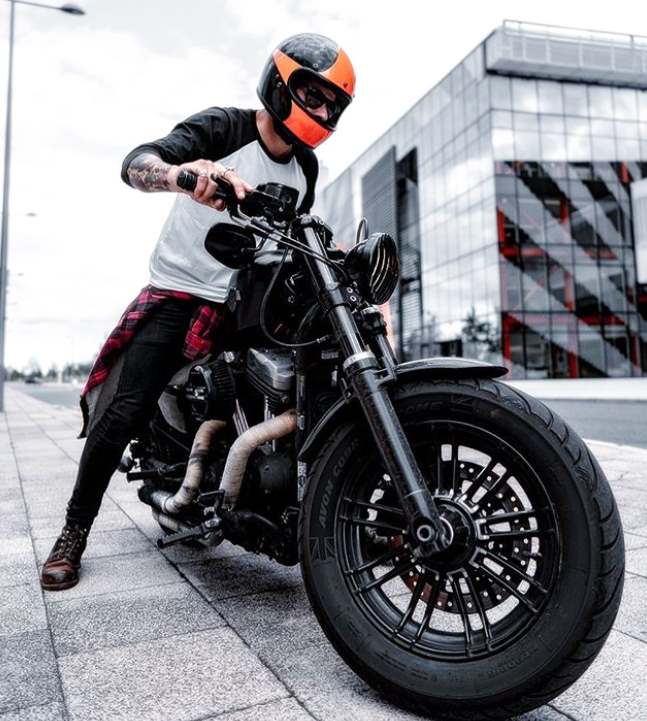 Navigation Show
The Question:
What Harley would you recommend for beginners just starting out? Why?
The Answers:

I recently set out on a quest to find out exactly which Harley Davidson motorcycle would be best suited for beginners – which includes myself.

So let me be honest. I’ve never owned a Harley Davidson, and to tell the truth, I never really understood them growing up. All I ever really thought about Harley’s is that they’re loud and annoying and I wasn’t sure why anyone would buy one.

Those thoughts were from over 20 years ago. I’m now reaching into my 30’s and I can definitely see the appeal in owning a Harley, but more than that, being a part of the community – something which I’ve only recently come to learn in the last few weeks.

Initially I was quite nervous to do this. I expected responses similar to what you might expect from Paul Teutul Sr. from Orange County Choppers – one of my favorite shows growing up. However, much to my surprise, each Harley rider that answered my list of questions was more than happy to be involved and help out by sharing their thoughts. Some of these short answers turned out to be impressive essays which you will see below.

This willingness to go above and beyond sacrificing a few minutes of precious time to answer my questions has given me an entirely new outlook towards the Harley Davidson rider and the Harley community. A community to which I am being pulled in closer and closer with each interaction.

What Harley would you recommend for beginners just starting out? Why?

Before we get to the answers, I want to say thank you to all the guys and girls that helped make this happen. If you would like to participate, head over to this post which explains the 3 simple steps to getting involved, and also features some of the most AWESOME pictures AND stories from each and every single Harley rider that took a few minutes to share their thoughts.

As my way of “paying it forward”, I’ve embedded some of the most inspirational Instagram pictures chosen by the owners and riders whose answers you are about to read. Please give them a like and consider following these amazing humans and their two wheeled machines.