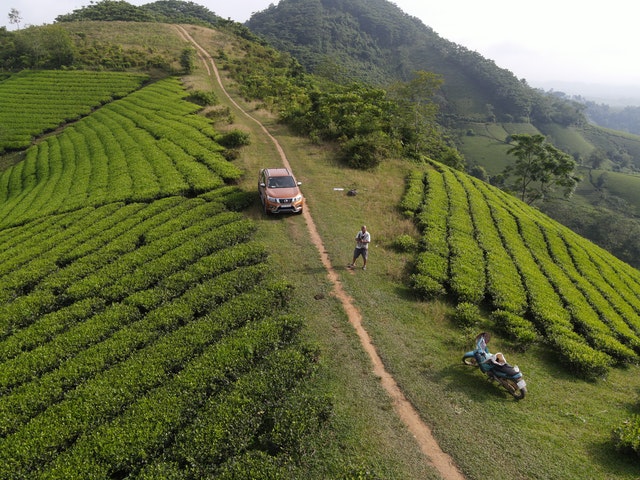 Navigation Show
But First: Consider Your Safety and Setup
3. Skydio 2

According to Business Insider, the drone market is projected to soar to $63.6 billion by the year 2025. With this skyrocketing demand driving greater levels of production, technologies previously restricted to science fiction and government operations are now widely available in commercial markets. Someday, flying a drone might become as common of an activity as playing golf.

For motorcyclists, the rising popularity of drones opens up many opportunities for creativity. And with recent innovations like ‘follow me’ technology and smart obstacle avoidance, it’s easier and safer to capture your expeditions right as you ride. This article will cover the best drones for motorcyclists, as well as tips for recording your motorcycle drive.

But First: Consider Your Safety and Setup

The best part about these drones is that they use ‘follow me’ technology, which means they can fly without needing pilot control. That being said, in case the unexpected happens and you need to manually recall your drone, do not control your drone while driving. Take time to work on your flying skills before using your drone to record your drive. Drones cost a hefty amount of money, and you wouldn’t want to lose a thousand dollar investment to irresponsibility.

When flying a drone during a drive, it’s also best to have both your controller and phone out with you. To do this, you can attach your controller to your tank bag using velcro or any other temporary fastening tool. You can also use a phone mount to attach your phone close to the handlebar. This way, you won’t have to take these devices out of a bag every time you need to control your drone.

On that note, here are the three best drones you can bring on your ride: 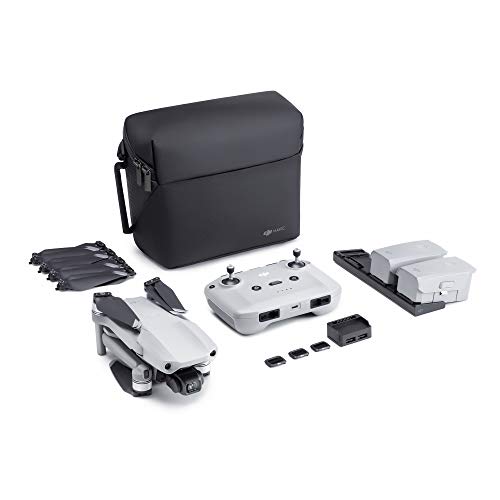 The DJI Mavic Air 2 comes with some of the best dynamic tracking technology in the industry with Active Track 3.0. This can detect a subject and keep it in frame as it flies autonomously to follow it. Using advanced mapping technology, the DJI Mavic Air 2 can dodge obstacles as it flies with you, making it the perfect drone for recording high speed sports like motorcycling.

The DJI Mavic Air 2 also has a powerful 4K/60 fps camera, capable of taking photos, videos, and high quality panoramas. Its long battery life lets it stay in the air for up to 34 minutes. Despite its compact size, The DJI Mavic Air 2 can also reach distances of 3 to 6 miles. 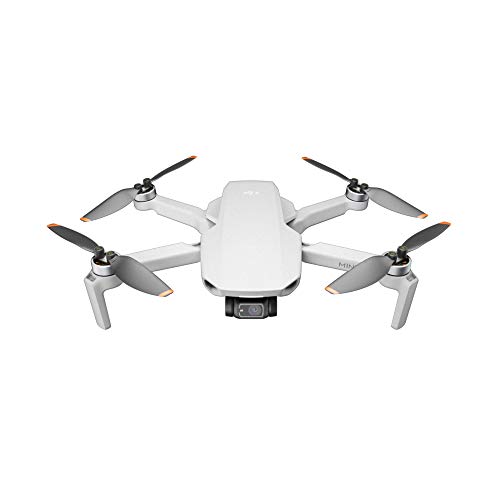 The DJI Mini 2 might be considered a budget alternative to the DJI Mavic Air, but that doesn’t mean it can’t also pack a punch. With its 4k display resolution and stabilizing features, the DJI Mini 2 is one of the best drone cameras on the market. This compact drone weighs no more than a smartphone at 250 grams, making it ideal for traveling.

At the cost of affordability, The DJI Mini 2 sadly loses out on the Active Track feature. Fortunately, there's a neat little way to imitate follow me technology using the DJI Mini 2’s Quick Shot feature. To do this, you have to be at a full stop. Then, on the DJI Go app, simply select any type of Quick Shot. Wait for the drone to recognize you as an object; this will be indicated by a dot on your screen and press record. Be sure to wait a few seconds before easing into motion. This way, you’ll get out of the camera’s recognition range, which will force it to follow you.

The American-made Skydio 2 is an adventure drone that uses obstacle avoidance technology. With collision avoidance sensors on all sides, it’s designed to be crash-proof. Anyone can benefit from the Skydio 2’s smart self-operating features, including motorcyclists driving in difficult environments.

The Skydio 2 is also heavier than the DJI models, but due to its many quality features. It has a 4K/60fps camera, but with an added 3-axis gimbal, which can stabilize the camera for even the sharpest of turns. Like most drones, it doesn’t record audio, but it comes with an app that does. This is a feature you can use if you want to make your video more immersive.

A decade ago, if you wanted to record a birds-eye view of an excursion, you’d have to break your bank and hire a helicopter. Now, with drones like the DJI Mavic Air 2, the DJI Mini 2, and the Skydio 2, you can get the best cinematography for your ride at a relatively affordable price.