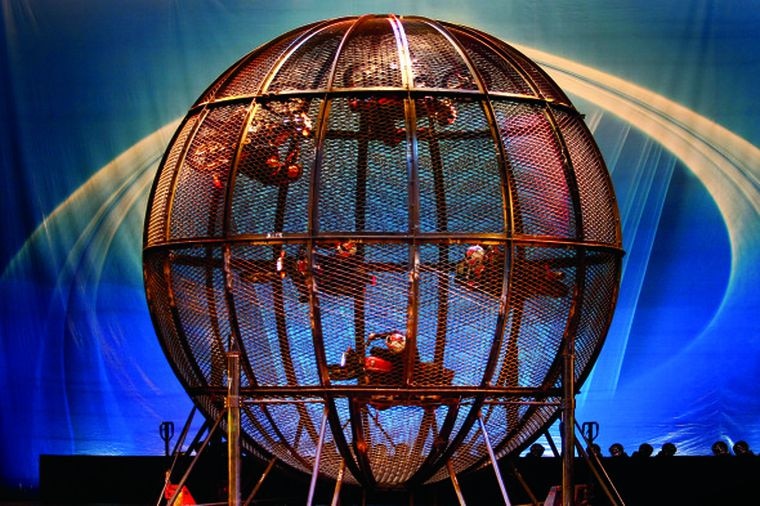 Just about every great athlete has a list of music they listen to when getting into the zone or pumping up for their next event. We all have our own taste and preference and music is completely subjective. But when it comes to dirt bikes there’s a couple go-to tracks that feature in just about all the most popular dirt bike movies. So if you’re looking for music to go with your dirt biking videos or for your vlog check out the link I just shared to get some awesome ideas and tips for making your own vlogs from some of the coolest dirt biking movies out there.

So, listen to my playlist here or on Spotify. You’ll find a list of music used in moto movies and games below.

I’m about to make your life a whole lot simpler, I’ve gone and found all of the music titles that I could come across in those movies and videos and you’re about to get into the full list of the most awesome pump up music for dirt bike riders and Motocross enthusiasts. Don’t judge me on the list of music that you’re about to read because this is pulled straight from the movies and straight from all the popular dirt biking vlogs you’re going to find on youtube. It includes some of the crazy headbanging rock and roll from the ’90s, some of metal’s finest moments as well as some pure feel good music that calms your mind just before the race starts.

Get pumped with go-to classics from Metallica. Calm yourself and focus on the moment with tracks like “Nothing else matters”, “Enter Sandman”, “Master of puppets”, and “One”. Watch the movie Crusty 4: God Bless The Freaks and listen out for “Fuel“.

American nu metal band straight outta Bakersfield, California. These guys first took everyone by surprise back in 1994 but have since taken the world by storm. Hugely popular in the punk and moto world. My go-to track is “Freak on a leash”.

Come on – you just can’t go wrong with “Dragula”. This may be one of my all-time favorite pump songs. It even featured in an epic PlayStation game I used to play on PS1 “Twisted Metal. “Superbeast” really gets the blood boiling as well as “Demon Speeding” which plays in the Crusty Demons movies. Check out scenes from Terrafrima 7 which feature the track “What Lurks On Channel X?”

Their songs often have unique intros including the moaning in the beginning of “More Human Than Human”. A song played frequently across the Crusty Demons Of Dirt Movies is “I Zombie” and “Electric Head pt.1 (The Agony)” in Crusty Demons of Dirt 7.

Taking a break from the harder metal songs is Bloodhound Gang who were originally a hip hop group. They later took a few different turns and became well known for their punk rock, alternative hip hop and funk metal tracks that just about everyone has heard with their most popular “The Bad Touch”, “Foxtrot, Uniform, Charlie, Kilo” and “Fire Water Burn”.

Guaranteed to get you going. American rock band from California. Their genre is a mix of punk rock and gangsta rap. An old school classic. Epic race music like “Bartender” and if you need to wake up – like literally wake up – listen to “Wake Up” and get yourself going. “Suck it up” and “Killing Time” are among some of their most popularly listened to tracks.

Well known for their more melodic punk rock tracks than any type of heavy metal. The Offspring is really known as a skate band for the punk kids but nonetheless, their music makes for epic video footage and has been used in games like Tony Hawk’s Pro Skater 4 and Forza Horizon 3. Check out their most popular tracks, “Self Esteem” “The Kids Aren’t Alright”, “You’re Gonna Go Far, Kid”. Crusty Demons Of Dirt 3 make use of the epic “All I Want” track.

A well known English metal band that first launched their epic music in the ’70s. Find your appreciation for the 70’s dirt bike scene in the movie Death Riders where America really and truly was young, wild, and free. “The Number Of The Beast” might have some riders “Run To The Hills” in complete “Fear Of The Dark”. Listen out for “Ru to the Hills (Video)“ in Crusty Demons 10 which makes for great dirt biking music. Grand Theft Auto: Vice City drops “2 Minutes to Midnight” in their soundtracks as well. “Wrathchild” is another epic track which features in the Terrafirma movies

“Symphony of Destruction” is probably one of the most well-known Megadeth songs and is also used in Crusty Demons 10. “Peace Sells” is often considered their number 1 song with it’s throbbing bassline and accurate depiction of society’s judgmental attitudes toward those nonconformists.

Here’s one for the 90’s kids like myself. Although I didn’t hear of these guys until I was in high school. The Prodigy are AWESOME. An English electronic music group with epic titles like “Smack my bitch up”, “Breath”, “Firestarter”. I actually have a couple of The Prodigy tracks in the gym playlist which is perfect for my motocross training.

Burnin Groove songs are epic motocross and dirt bike theme songs as many of them are actually about riding. They even drop some big names like Travis Pastrana, Evel Knievel, Seth Enslow, and Carey Hart. You have to check out the song “Steppin’ Up” which drops in Crusty 4: God Bless The Freaks.

You can’t go wrong if your pre-ride ritual includes some of the Foo Fighters music. “The Pretender” is one of their most popular tracks and perfect for the road. Shift your mindset into the right gear and get ready to rip the track with a whole new level of energy. “Everlong”, “Best of you” and “Learn to fly” are some of their top biker songs all your riding buddies are sure to enjoy either before or after your ride while enjoying an ice-cold victory beer.

While they stopped performing a few years ago, their music is legendary among moto riders. The ultimate bad boys of Hollywood left a few golden gems blasted at every motorcycle campfire. Listen to their moto mood movers like “Kickstart my heart” and “Home sweet home” which both play in the Nitro Circus shows, guaranteed to kickstart your energy levels right into first gear. “Girls, Girls, Girls” has an epic intro with an engine revving up and getting ready to race.

So tried my best to do the research and find all the movies and games where these bands have featured, and what I’ve found is that Agent Orange is by far the most popularly used music in MX and dirt bike movies throughout the years. It’s said that these guys were the first to mix punk music with surf/motocross music. Songs like “Mr Moto” drops in the Organ Donors MX movie. “Bloodstains” is in Crusty Demons of Dirt 2. “Everything Turns Grey” Crusty Demons Of Dirt 3. Crusty 2000: The Metal Millennium, features three of their tracks, “The Truth Should Never Be Concealed“, “This Is All I Need“, “Unsafe At Any Speed“. So yeah, if you’re looking for songs about dirt bikes – check these guys out.

With three consecutive number-one albums (Faceless, IV, and The Oracle) on the Billboard 200 and 25 top ten rock radio hits, Godsmack will have your riding group headbanging in pure bliss. Reminisce on the good old days of the early 2000s. Popular features for Godsmack tracks are in the games Dave Mirra Freestyle BMX 2, and ATV: Quad Power Racing 2. Hugely popular with wrestling fans as well. My personal favorite “I stand alone” resembles everything dirt biking means for me. When you’re out there shredding, nothing else matters. It’s just me and my machine. “Bulletproof”, “Cryin like a bitch”, and “Awake” are epic moto music for videos or just hanging out with your buddies.

Probably the most epic electronic music for motocross fans. As I sit and write this roundup post I’m busy blasting “Acid for nothing” and I can’t stop myself from fasfnqwhfascnajn asfd nlawfdjkafk ass ss sflo (See what I did there?) Not everyone is a fan of EDM, but some of their tracks make for epic intros and exits for dirt bike video edits. “Rock to the future” is an epic song to tie in the older 90’s rock into the newer electro MX scene. Check out “Numberstruck” which is a cool remix of the infamous AC/DC thunderstruck and “God of rock”

So that’s it from me – but I’ve got one more treat for you in case you’re not happy with my selection of tunes, here’s a list of tracks and the movies/racing games you’ll find a bunch of dirt biking songs. Drop a comment below and let me know what you think of my taste.

If you want to listen to all these songs – I’ve put together a little playlist on Spotify which features a few of my favorite. You’re welcome 🙂

Check out my roundup of the best dirt bike and motocross movies.