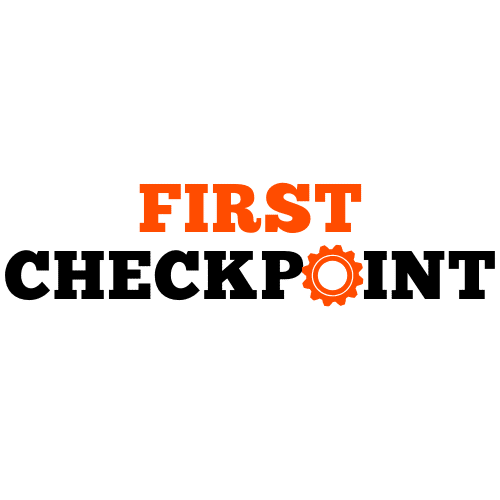 The Truth – Are Motorcycle Jeans Safe?

The subject of motorcycle jeans, and specifically the safety thereof, can be a controversial one. Are you really safe wearing them while cruising?

We are reader supported. First Checkpoint may earn a commission from affiliate links in this article.

Jeans are as quintessential to the pop culture image of a biker as black leather jackets, but style and iconic looks aside, are they really safe to ride in?

The answer, for most street riders, is yes – as long as the jeans you’re wearing are specifically made for motorcycling, and reinforced with a material like Kevlar. However, there are some motorcycling scenarios in which they may not provide adequate protection.

Close your eyes for a minute, and let your imagination conjure up an image of a stereotypical biker from the classic American era of motorcycling – roughly the early 50s to the late 70s. Think of the movie Easy Rider. What’s your biker wearing? A black leather jacket and oil-stained blue jeans, right? Now we all know that, style aside, leather jackets are worn by motorcyclists primarily because of the abrasion protection they offer in the event of a crash, but what about the other half of the outfit? Do jeans provide an adequate barrier between your skin and the asphalt in the event of you tumbling off your ride?

Simply put, the answer is no. Denim is a fabric renowned for its durability and toughness, that much is true, and while it will certainly last a little longer than, say, a pair of exercise shorts when sliding down the street at speed, it will rip within only two or three seconds of sliding (or sooner than that, depending on how fast you’re going when you hit the asphalt). And guess what’s going to start ripping after the denim? Yeah … your skin. That said, check out the safest motorcycle jacket while you’re at it.

Thankfully, though, living in the age of technology and innovation means that you don’t necessarily have to strike jeans off the “safe riding gear” list. There are a number of manufacturers who produce jeans specifically for motorcycle riding, and while their jeans may look indistinguishable from any pair you could pick up at Target, what they’re made from is very different.

Kevlar is the most common material used in the construction of motorcycle jeans. If you’ve never heard of it, it’s the stuff they make bulletproof vests and stab-proof clothing from. It’s roughly five times stronger than steel when compared on an equal-weight basis and has a melting point of a massive 850 degrees Farenheit, so even with the heat generated by a high speed slide down the pavement, it won’t melt. It’s also light and flexible, making it an ideal material from which to construct an item like jeans.

Of course, such impressive properties come at a price, and it’s not cheap to produce. Also, its natural color is yellow, and who wants to straddle their shiny pride and joy wearing a pair of yellow jeans? Therefore, motorcycle jeans aren’t made entirely from Kevlar.

Kevlar is usually used in patches inside the jeans, covering areas likely to split or rip in a slide, like the butt, outer thighs and knee areas of the jeans, and/or individual Kevlar fibers are interwoven with denim fibers on areas of the jeans that need to be strengthened for abrasion resistance.

Other “superfibers” sometimes used in the construction of motorcycle jeans are Dyneema and Cordura, both of which feature similar properties to Kevlar in terms of strength and abrasion resistance.

Often, like with textile motorcycle jackets, additional removable armor comes with the jeans, providing impact resistance in the event of a crash, usually in vulnerable areas like the knees and the hips. If you’re interested in purchasing motorcycle jeans, it’s a good idea to check out what kind of armor, if any, they come with, as impact protection is almost as important as abrasion protection in terms of protecting your body from damage in the event of a crash.

Great! So jeans are safe for motorcycle riding then, as long as they’re specifically designed for riding, right? Well … kind of. As I said earlier, your mileage may vary, and how suitable motorcycle jeans are for you depends on a number of factors. While Kevlar, Dyneema and Cordura all offer decent abrasion resistance, these materials certainly aren’t invincible.

Kevlar Is Not Always Enough

There’s a reason you don’t see MotoGP riders hurtling at breakneck speeds around tracks in denim suits. Kevlar enhanced or not. At legal speeds, on the freeway or in a town or city, yes, a well-made pair of armored motorcycle jeans reinforced with some sort of superfabric will most likely save your skin from a bad case of road rash in the event of a crash.

But that doesn’t mean they’re safe for serious high speed use, such as track riding, knee-down canyon carving, or racing. If this is the kind of riding you do, you need to stick with actual racing suits to keep your skin intact.

However, for the casual rider or the commuter, motorcycle jeans can be an ideal addition to your motorcycling wardrobe. They’re generally comfortable (as a good pair of jeans should be), they provide decent crash protection at the kind of speeds most riders regularly do, and in terms of style they usually look indistinguishable from regular jeans, meaning that you can wear them to work or school or a casual social function and not feel like it’s a Halloween party and you’ve come dressed in a biker costume.

So Are They Safe?

As with any item of motorcycle gear, if you’re going to purchase a pair or two of motorcycle jeans, you should go with the highest quality pair you can afford, with the best safety features. Remember, spending more upfront on a pair with exceptional protection will likely you save you from expensive hospital bills down the line.

Be one of the first 1000 subscribers and stand a chance to WIN !!